Your No Code Headless CMS!

Concentrate On Your Customers, Forget The Coding!

In the early 1980s the world has changed, because computers eliminated the repatitive part of the work. But up until now You cannot just jump into the digital revolution, You had to learn programming languages to bring Your dream to the market. But here is the No Code Revolution!

Have You seen a database with hundreds of normalized tables? It looks like an entagled mess! Managing data can be scary figuring out complicated data structures and messing around with instructions... Why not just draw it? With our Visual Database Manager you can just draw a system!

2 week and 80 hour of development just for a list, and You can finally see the closed orders... No! With our headless CMS you can instantly access any data in your system and see it the way You ment to do! And not just You, your partners can connect their products to your system. 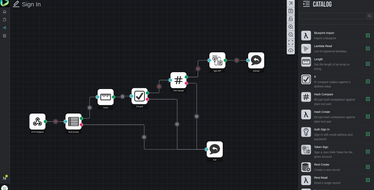 Do You ever thought how awesome it would be to just add a new feature to your IT system without wasting important development time? Now You can do it, without programming!


Workflows in Artgen are not just pretty charts, but are executed by the system. You can easily drag and drop a new functionality, connect it into where You want, and save, that's it!


This revolutionary solution allows You to create your unique business logic, without coding. 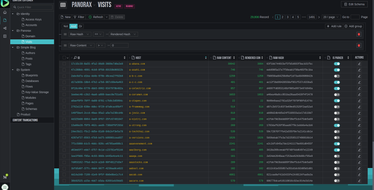 Data is important, but literally worthless if You can not interact with it! This is why Artgen comes with an auto generated content editor. You can see and change everything in the system!


And that's not everything, You can create views from any data with a human friendly filtering, and on top of that, You can customize the editors too make content interaction as smooth as possible. 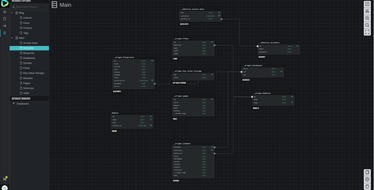 Have You had the need for new kind of list, and had to wait weeks before You could get it developed? What if I say that You can create and edit databases on an easy to use artboard, and interact with your whole business as a flow of information!


You can instantly change the data model and add new functionality! And everything will be generated for it live.


That is all possible with the data modeling artboard, it can turn your SQL database into a beautiful art, and You can be the artist without writing a query again. 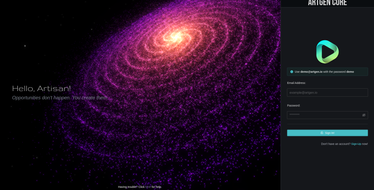 Security is important! This is why Artgen comes with a fine grained role based access control system (RBAC), so You can decide who can see what data.


Artgen provides a way to even limit which rows' which column can be seen or editable for each user in your company, this way You can ensure that no one makes an accidental catasthropic change in your business. 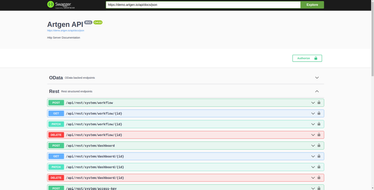 Our system is not just up to the modern standards but leading them. Whenever You create, or import a database the system automatically generates multiple headless endpoint for it.


We belive in diversity and standards, and this is why we designed the system to support REST, OData, and GraphQL. This allows You to connect external systems and/or integrate Artgen into your existing platform with ease. 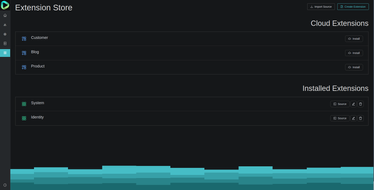 Famous Thinker said: "Everything is an extension"... Or smth like that. Artgen heavily relies on the concept of extensions. We provide You with a gallery of predefined system concepts which can bootstrap your system.


Instead of You designing the next ecommerce platform from the get go, You can simply install the most common base structures and logic, and start from a well designed base point.


So, what cloud has to do with this? We provide the platform for the community to create and share their designs in a centralized way which is built into the core of the system.

To understand why We are doing this, I have to jump back in time...


For over 20 years, I was watching how programmers spend their lifetime rewriting the same simple scripts for a very similiar outcomes. Each company has their unique need, and as a software engineer it's our responsibility to satisfy it, but when we solved something we should not rewrite the solution over and over. This is why open source is so important for the world.


This project's base idea started in 2016' january when our company took on an impossible 3 month deadline to create an ecommerce engine from ground zero, because the customer's need was so unique that none of the existing open source solution could be hacked to serve it. I knew that we could not deliver a project which had over 740~ requirements with a standard project flow. So, I started to draft out a simple code generator, because most of the basic work we code is CRUD management. By simply designing the data model and generating every basic operation and user interface for it, we only had the business logic left, and with this we were able to release an MVP in 3 month, from that point we just did what an agile company do and reiterated the needs every week.


So, this was the first commit under the "Artgen" name, which was just an abbreviation for Art of Code Generation, because my goal was to get 98% of the code base generated in the first two week. And use the remaining time to implement the business logic.


Every since that time, I was experimenting with differnt approaches, first logical approach was to just abstract the code and build resources from simple descriptors. But, overtime the code becomes so entangled that it is not possible to release new features without breaking and messing up the code base.


My next approach was to write a higher level DSL and transpile it into a lower level executable, this can be done and solves the entanglement and with just a bit of event sourced magic it can be used for huge projects with multiple independent team, but it still requires coding and the developers have to learn a new language. It's a no go.


Finally, at 2021' summer I took a 3 month break from working and started to experiment with no code / low code platforms. And over the summer I have learned that a headless CMS with a workflow engine can solve both of the problem. The simple approach of bringing everything to a user interface and handle the DSL as a flow chart, solves the business logic problem, and the CMS' data abstracting solves the entaglement.


With this knowledge I have worked out a proof of concept which was able to build a SaaS application without writing a line of code. And this is where we decided with my Wife to start a project which finally tackles the fundamental problem. At this moment we are working hard toward a stable open source platform which will be able to bring business ideas to reality. Even for those whom can't spend millions on developments, and we will save developers from writing boring and repetative scripts.